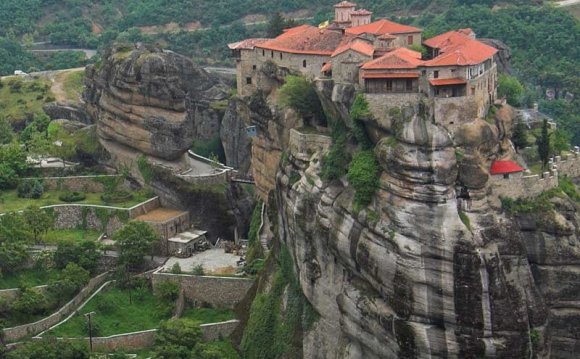 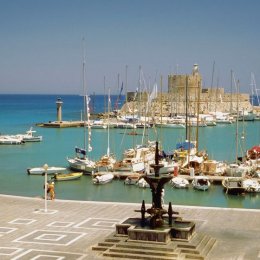 Greek islands such as Rhodes are right off the Turkish coast and are easily reached by ferry. (Photo: Medioimages/Photodisc/Photodisc/Getty Images )

As significant portions of both Greece and Turkey's coastlines front the Aegean Sea, traveling between the two countries can be incredibly simple - as easy as hopping on a ferry. Greece has numerous islands that are directly off the western coast of Turkey, and ferry rides can be as short as a few minutes. Additionally, a variety of flights and trains operate between the two countries, and they share a short land border, not far from Istanbul.

Take the train. A local train route operates between Istanbul and Alexandroupolis; however, this route can be slow. Once you're on the Greek side of the border, you can change trains to other parts of Greece, such as Athens or Thessaloniki.

Catch a ferry. Hundreds of ferries operate between the Greek Islands in the Aegean and various ports in Turkey. If you want to travel by boat, the best option is to work your way to the western Turkish coast to a town nearest the island you'd like to travel to. From the islands, you'll be able to catch ferries to mainland Greece. Ferry trips vary wildly in length, depending on where you're traveling to; trips can be a few minutes or a few hours.