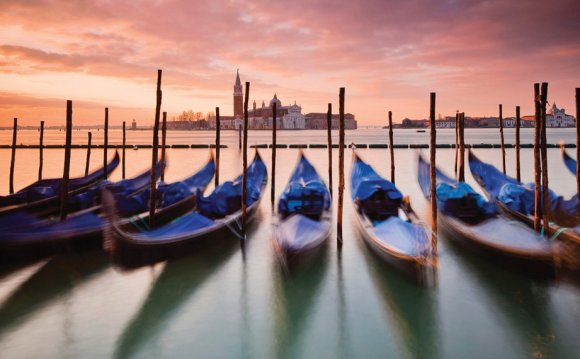 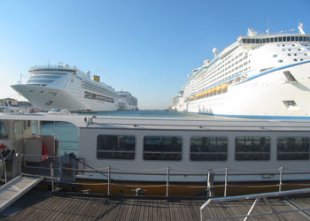 Venice, Queen of the Adriatic

Venice is a major cruise ship hubs in the Mediterranean, with over a thousand cruise ship movements, and a million cruise passengers per year. Currently Venice is the 13th busiest cruise port in the world, and the 3rd busiest in Europe. The Venice Cruise Terminal (or Terminal Venezia Passeggeri, or VCT) is situated at the Venice end of the four kilometer road that joins Venice to the rest of Italy.

Venice port is not directly on the Mediterranean, but is located in the Venetian Lagoon, this is joined to the Adriatic by a narrow channel called the Porto di Lido.

Venice Cruise Terminal is host to more than twenty cruise companies, including MSC, Royal Caribbean, Carnival and Norwegian Cruise Lines. Between them, the cruise-lines offer a tremendous choice of cruises from Venice.

The Venice Cruise Terminal contains three main quays: the Marittima basin, which can berth the biggest cruise ships that visit Venice, and the smaller Santa Marta and San Basilio quays. These two are just around the corner in the Giudecca Canal.

Marittima is the biggest of the ship basins at the Port of Venice's Venezia Terminal Passeggeri, with 6 terminal buildings and enough docking space to handle several large ships at once. The area includes the Isonzo Quay (berths 18 and 20), the Tagliamento Quay (berths 107, 109, 110, and 112), the Piave Quay (117) and the TM Quay (TM berth). Santa Marta (Quays 24 to 28) and San Basilio (Quays 29 to 31) together form a long mooring that runs from the Marittima basin to the western end of the Fondamenta Zàttere, a famed promenade beside the northern shore of the Giudecca Canal. These two quays host smaller ships.

Cruises From Venice
Cruises from Venice generally focus on three areas, the Adriatic Sea, with the beautiful coastline of Croatia and Montenegro, the Aegean Sea, with the spectacular Greek Islands, and Turkey with Istanbul, the characterful gateway to the East.

Things To Do Near Venice Cruise Port

In choosing a cruise from Venice, you have already treated yourself to visiting the most spectacular and beautiful city in the world. So ensure you allow at least two to three days somewhere in your busy vacation schedule to enjoy wonderful Venice. The most famous of Venice’s buildings are those clustered around St Marks Square, the Basilica, the Doge’s Palace, and the Campanile. All threes were began in the late tenth century, and in the next three hundred years the buildings all underwent numerous improvements and redevelopments.

Basilica
Here you can find the famous Pala d’Oro, an altarpiece of solid gold encrusted with precious gems. It was made by Byzantine goldsmiths as long ago as 976.

Doge's Palace
Next to the Basilica stands the Doge's palace. Marvel at the great Council Hall, and the plaques of the first 76 Doges (except Doge number 55 whose painting was erased, for plotting a coup). Also don’t miss the soulful Bridge of Sighs, the last crossing-place for criminals from the palace into the prison cells (and often onto an untimely death).

Campanile
The third great building is the Campanile, built in 912. (The original building actually collapsed unexpectedly in 1902, but the rebuild incorporated most of the old building materials). From the top there are magnificent views across the city.

Travelling to the Venice Cruise Terminals

If you're a vacationer booked on one of the cruises from Venice, the least hassle way to get between the airport and the cruise terminal is to book the transfer from your cruise line/travel agent. If you've booked the components of your holiday separately, the following describes how to travel to the Venice Cruise Terminal.

Travelling from the airport
The cruise terminals are a 15- or 20-minute cab journey from Venice's Marco Polo Airport. A cheaper alternative is the airport bus to the Piazzale Roma, followed by a taxi or bus ride. Another option is a water taxi, expensive but stylish and fun.

Mediterranean Cruise to Italy,Greece,Turkey and France on ...