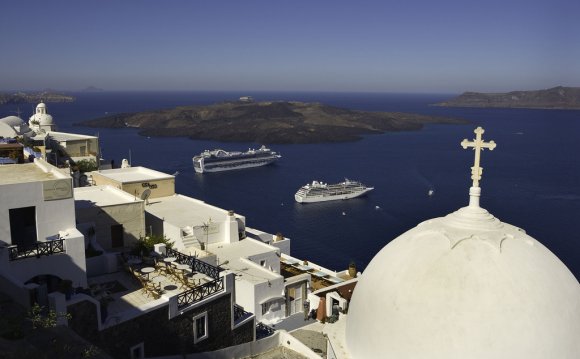 SANTA CLARITA, Calif. (February 23, 2015) – Princess Cruises announced today its 2016 cruise vacations to Europe featuring five ships sailing to over 130 destinations from the corners of the Mediterranean to the northernmost tip of Europe. Guests can choose from itineraries ranging from three to 48 days and on ships ranging from the cruise line’s newest and largest Royal Princess and Regal Princess; to its deluxe Caribbean Princess and Emerald Princess; and its small ship, Pacific Princess, which will visit off-the-beaten path destinations never before visited by the line.

The 2016 season includes the cruise line’s return to the Canary Islands and many maiden ports of call for Princess in Croatia, Ireland, Norway and Scotland. All 2016 Europe cruises open for bookings on March 19, 2015.

“Princess has long been hailed as offering the best cruise itineraries and we’re not resting on our laurels, ” said Jan Swartz, Princess Cruises president. “We have many unique and first-time offerings for the 2016 Europe cruise season to appeal to both novice and avid cruisers. We’ve combined the best destinations with our signature onboard innovations like Movies Under the Stars, The Sanctuary and our new Discovery at Sea program to create the most rejuvenating retreats at sea possible for vacation-goers who want to explore this fascinating region.”

Highlights of the Princess Cruises 2016 Europe program include:

Cruises to the Mediterranean

Pacific Princess will offer a variety of 12-day voyages from Rome, Venice and Barcelona and feature a mix of marquee ports with off-the-beaten-path ports unreachable by larger ships.

For guests sailing from Britain, Emerald Princess will be based in London (Southampton) to offer two-week Mediterranean Adventurer sailings featuring such marquee ports as Florence, Rome and Dubrovnik. Emerald Princess will also sail to the Canary Islands on 11-day voyages, visiting four island destinations in the Canaries and Madeira and Vigo, Spain.

Caribbean Princess, the only cruise ship dedicated to the region for the entire summer season, will visit must-see destinations in the U.K., Ireland and Scotland, including two opportunities to see Scotland’s famed Edinburgh Military Tattoo on the grounds of Edinburgh Castle.

Pacific Princess will also offer 14-day Iceland & Norway itineraries visiting off-the-beaten path ports in Iceland and the Shetland Islands. She will also cross to the land of fire and ice on a Transatlantic crossing featuring Iceland.

Guests can enhance their European travel with four land and sea vacation options, which combine certain sailings with a fully-escorted land tour. Choices include Paris and the French Countryside; Ireland’s Ring of Kerry; Classic Italy, visiting popular sites in Venice, Florence and Rome; and the Imperial Treasures of Budapest, Vienna, Prague and Berlin.