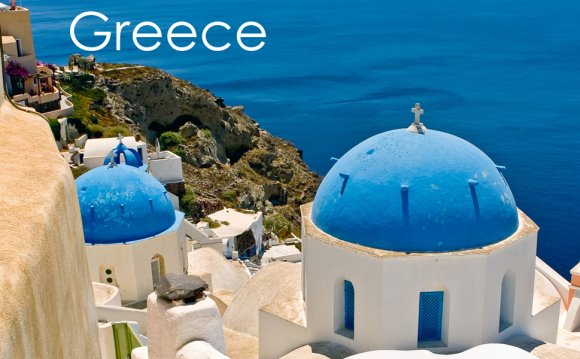 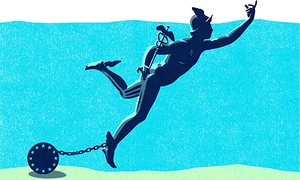 Guy Verhofstadt: Never again: Europe must have its own treasury

While the deal is far from perfect, it’s important we now draw lessons. Never again should the pensions and savings of millions of people across Europe be left to hang in the balance of an all-night emergency meeting, with EU governments pitted against each other. Never again should the future of our currency be jeopardised in this way.

If we are to safeguard the euro, the eurozone must no longer be held hostage by nationalists and populists on left or right, whether Finland’s far-right Finns party, or Greece’s far-left Syriza. The reality is the system we have created left Europe paralysed. If the European Central Bank had not been there to provide emergency support to the Greek banking system, Greece would have had to leave the euro weeks ago, with catastrophic consequences for all of us.

We must also now accept that we brought this crisis upon ourselves. A currency union, with 19 different national vetoes, is simply unworkable. The byzantine eurozone architecture we have created is incomplete. As long as this remains the case we will continue to pay a high price. A currency union with no monetary union and political union behind it is doomed to failure. 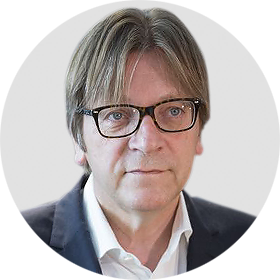 If Europe is to exit this crisis, the eurozone must act now to implement radical reform that will deliver a genuine political and economic union, to ensure this kind of crisis is never repeated. This means we must go further and do it faster. It means a sharing of sovereignty among the EU countries that have the euro as their currency. It means a common debt management system and a European treasury. European leaders know what needs to be done, but as of yet have lacked the courage to make the case domestically for the reforms that are needed. It will require leadership, but we have just been given a stark reminder of what is at stake.

• Guy Verhofstadt is a former prime minister of Belgium

Josef Joffe: The Greeks may have the last laugh

Who won the 22-hour war? At first sight it was the Teutonic bloc centred on Berlin with a veritable diktat: no debt relief for Greece, no “haircut”. In return for some €80bn, the Greeks will have to repent and reform, changing their laws and extravagant habits. They must cut pensions. They must “adopt more ambitious market reforms”, opening up protected sectors to competition.

Athens must take on privileged interests, above all public sector unions. It must make firing easier. It must “depoliticise” the administration, diplo-speak for attacking cronyism and overstaffing. 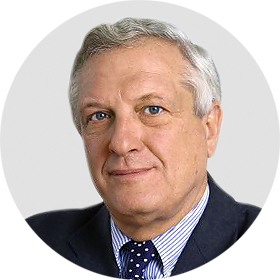 Greece must submit to a kind of occupying force: a trust fund that will privatise to the tune of €50bn

And Greece must submit to a kind of occupying force: a trust fund that will privatise to the tune of €50bn. Managed by the Greeks, the fund is to be “under the supervision of the European institutions”.

“The deal is hard, ” sighed Alexis Tsipras. Indeed, it demands a domestic revolution that will overturn entrenched privileges and power relationships.

But did the Germans really win? Compare the “summit statement” with previous pledges of virtue that were neither meant nor honoured. Assume that the Greek parliament ratifies on Wednesday and Tsipras, mortally weakened, stays in power. How will he garner the political capital to undo the bad habits accumulated by all his predecessors? There are simply not enough public assets to make €50bn in sales. How will he curb strategically placed vested interests? And erase corruption in a cash-based economy?

So the Greeks may have the last laugh. A third bailout has come on top of two previous ones worth €216bn from Europe alone. Greeks now know that Herr Schäuble’s Grexit threat was hollow. And that mighty Frau Merkel was in the end intimidated by France, Italy and even the IMF pleading for forgive-and-forget. For the third time, the Greeks have learned that weakness is strength because Europe dares not pull the trigger. Athens foreign debt will continue to rise. So “haircut” next, and a fourth bailout waiting in the wings.

‘Cutting wages and pensions – without outlining any investment strategy – is doomed to fail.’ Photograph: Panayiotis Tzamaros/Demotix/Corbis 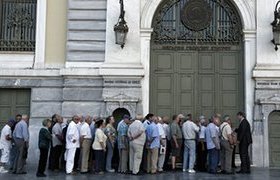 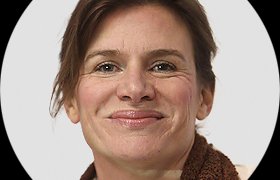 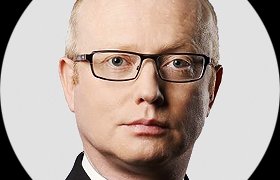