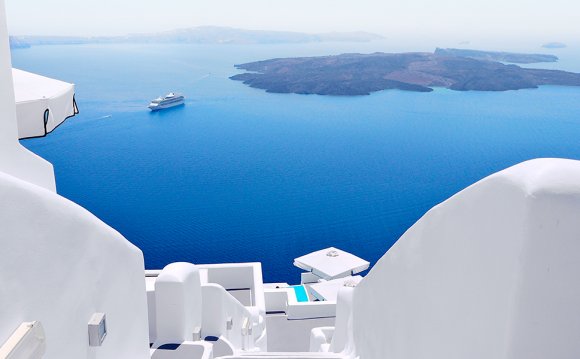 An odyssey between Olympia and olive trees: Over 9000 islands to choose from

Greece’s insular geography is unique to Europe, and shipbuilding, fishing, and seafaring have been part of Greece’s history for thousands of years. The professions 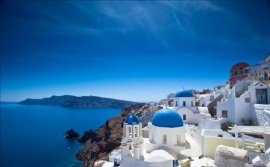 are so ingrained in the cultural DNA, and the world recognizes the country’s mastery in those fields as well as its ancient architectural and philosophical achievements. In view of the maritime and navigational knowledge of the Greeks practically being part of their flesh and blood, the countrymen settled colonies very early on all over the Mediterranean Sea and Asia Minor. Many artifacts and relics remain from those settlements, as do ruins and archaeological remains from Odysseus’ voyage. The olive trees found all over Greece and to the west show the height of Hellenic expansion and inspiration, and are a good indicator of all the places the Greeks traveled to during the peak of their ancient civilization. These days, however, not only archaeological researchers fall in love with Greece. Skippers, fishers, surfers, divers and other water sport enthusiasts are enamored with the almost 14, 000 kilometer-long coastline of the country (including the mainland’s coasts and those of the thousands of islands in the neighboring waters). Nowhere else can you find such an astounding number of choices for cruises, dives, and sea fishing spots. Sailors from all over the world hail Greece’s waters as among the most beautiful stretches on Earth. The waters around Greece can be broken down into different parts, including the very wind-safe section of the northern and southern Aegean Sea in the east, the Ionian Sea in the west, the Gulf of Corinth and the Argolic and Saronic Gulfs in the middle, and the areas around Crete in the south. Although only a fraction (167) of the thousands of sometimes minuscule Greek islands from Agathonisi to Zakynthos are populated throughout the year, you can generally find a nice docking place easily and affordably at even the smallest local harbors. Marinas with modern facilities are not always plentiful, but many locations, especially in the southeast, are protected by natural bays.

Island collecting, the Greek way: How much time will it take you to collect the most?

Because of the sheer number of Greek islands, it is of course almost impossible to call one of those islands the most beautiful, or even to say what the loveliest sailing trip would be between islands. The only way to really narrow down the choices is to decide among which groups of islands you wish to sail. You can explore many of the multitude of islands in the Ionian Sea quite well with a sailboat in just a few weeks and discover the Albanian coast and many islands surrounding Corfu. Find route suggestion for Ionian Sea here. You can start in the Diopontian Islands and sail via Paxos and Andipaxos, Lefkada and the Tilevoides to Kefalonia and further to the Echinades islands before heading in the direction of the Alkyonides in the Golf of Corinth. Another path could be via Zakynthos and the Strofades as well as the islands Messeniens and Lakoniens, and Kythira and Andikythira and slowly reach the southern outpost of the Peloponnese islands. There, skippers have the choice to sail further south to the northwestern coast of Crete and its surrounding islands Dia, Psira, Gianysada, Dragonara, Paximada, Koufonisi, Chrysi, Megalo Paximadi, Gavdos, Gavdopoula, Elafonisi, Imeri Gramvousa, Agria Gramvousa, Agii Theodori, and Souda, and, with about 95 permanent inhabitants, the island of Gavdos near Crete’s south coast.

Those who gravitate more towards the east and northeast have the almost overwhelming selection of all the Aegean islands at their bow. This includes the approximately 30 islands of the Cyclades in the southern part of the region - Find route suggestion for Cyclades here. The best known islands in the Cyclades are Andros, Tinos, Santorini, Naxos, Paros, Milos, and especially Mykonos, which is also among the most visited places in Greece. Further east you will find the islands Ikaria, Lesbos, Chios, the Inousses, and the Fourni archipelago with Thymena, Psara, Andipsara, Samos, Samiopoula, and the inhabited Dodecanese islands of Rhodes, Karpathos, Kos, Kalymnos, Astypalea, Leros, Kasos, Symi, Tilos, Nisyros, Patmos, Chalki, Lipsi, Megisti, and Agathonisi. Some of those islands are also very close to the Turkish coast. Near the coasts of Euböas and Thesaaliens in mid-Greece, the northern Sporades islands are grouped together. Alonissos, Skiathos, Skopelos Thrakiens and Skyros are in the north, while the northern Aegean islands Amouliani, Xeronisi, Thasos, Thasopoula, Samothraki, Ladoxera, Limnos, the island group Drenia, and Agios Efstratios, which is mostly made up of tiny uninhabited islands, are near the central Macedonian coast.

In terms of the sum of islands and archipelagos that have potential as possible diving areas, the number is almost immeasurable. Some of the popular options are just a small fraction of all the possible places to dive in Greece. One site, in the populated waters around Tomaronisia, in the Mandamos region, has clear waters and diverse types of fish as well as many shipwrecks left over from the Second World War. To encounter the popular sea turtles, visit the well known Maritime National Parks near Zakynthos and Alonissos in the Northern Sporades. The two promontories Kassandra and Sithonia on the Chalkidiki peninsula have had many dive centers settled on their shores in the last few years, as well as on Sithonia, Thessaloniki, Kalamitsi, and Sarti. The regions around and in Chersonissos, Rethimno, Kissamos, Heraklion, Chania, and Agia Pelagia on Crete have gained a good reputation among sea creature enthusiasts, and Samos, Thassos, and Corfu all have well known places for divers to meet: Pythagorio on the first, Potos and Pefkari on the second, and at Paleocastritsta and Kontokali on the last. The Santorini islands in the southern Aegean are especially interesting underwater destinations for divers because of the islands’ volcanic origins. Paros is also an exciting place for people to dive, and has quite a wide selection of diving schools and providers for diving tours. Diving schools and tour providers can also be easily found on the coasts of Peloponnese islands such as Nafplio, Ermioni, Epidavros and Porto-Heli, and on the Dodecanese islands the Bay of Kallithea on Rhodes is known for its daily diving tours in the open sea.

Oceanis 34 Sailboat By Beneteau in Greece by www ...