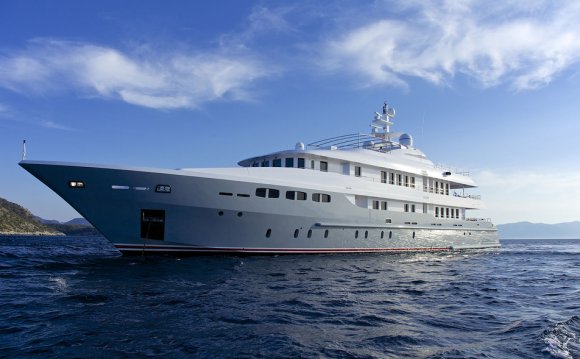 If you are seeking a sailing vacation that’s packed with terrific conditions, beautiful landscapes, historically significant ancient ruins, secluded islands, vibrant nightlife, a warm culture and terrific cuisine – Greece is the place to be.

Located on the southern end of mainland Greece, Marina Zea is perfectly situated for an exhilarating sailing vacation through the wondrous Saronic Gulf. This cruising ground provides travelers with a wealth of opportunities to experience Grecian culture through ancient ruins, towering landscapes, decadent cuisine and so more. Explore vibrant islands like Poros and Hydra or kick back on Cape Sounion Bay – the choices are as limitless as your imagination.

With many itinerary options available in this expansive cruising ground, you will also have the opportunity to select an area with conditions that best suit your sailing style. A Marina Zea sailing vacation in the Saronic Gulf features shorter passages, less wind and waters that are well-protected and relatively flat. Generally, the Cyclades and Aegean have more wind. Both areas are enchanting and offer the same blend of modern amenities at the resorts and tourist towns and quaint, laid-back destinations and historic sites.

Season: This charter destination is closed from December 1 - April 1.

The eastern Mediterranean has a very small tidal range at 1-2 feet, and therefore tidal currents are not a concern. In the cruising season of April to October, blue skies and warm weather prevail with average temperatures 76°F - 82°F (24°C - 28°C). Water temperatures average 80º F (27º C).

Sailing in the Saronic Gulf features shorter passages, less wind and waters that are well-protected and relatively flat. Generally, the Cyclades and Aegean have more wind. Wind direction is generally light from a southerly direction during the spring and autumn months. July through August brings stronger winds. Marina Zea sailing conditions are best suited for more experienced sailors. Refer to ‘Sailing Conditions’ for additional information.

The cruising grounds that surround Marina Zea are among the most picturesque surroundings in Greece. You will be surrounded by the beautiful bays and coves of the Saronic Gulf and the Cyclades Islands, with quiet villages and busy tourist destinations, historic sites and scenic beaches. The unique character of this region is reflected in the architecture of the homes and villages, as well as the castles, monasteries and churches perched high on the hilltops.

Consider sailing through the protected waters of the Saronic Gulf between the Attica and Peloponnesian peninsulas, or enjoy a more exhilarating and challenge itinerary sailing to the Cyclades Islands. Each destination has a pleasing host of varied attractions. The rewards of a bareboat sailing vacation from Marina Zea are many - snorkeling, swimming, and sunbathing on pristine beaches; sightseeing tours of ancient temples and medieval castles; ventures through traditional open-air markets, and dining in intimate tavernas are all indulgences not to be missed.

Hydra is a distinctively charming “must do” itinerary stop. The welcoming culture, architecture and beautifully tranquil sea-side setting of Hydra have long been an attraction to travelers seeking unique experiences off the beaten path. Here, donkeys and walking are the primary means of transportation – cars and even bicycles are not permitted! Hydra is a place where you will truly slip into the relaxing Mediterranean way of life. The town has a reputation for serving superior Grecian cuisine; pictorial beaches perfect for swimming, snorkeling and sunbathing; and the intriguing history. Here you’ll see elegant mansions of a bygone era, historic monasteries and museums.

As the sun sinks low in the sky, turning the Aegean Sea into a glimmer of oranges and reds, crowds gather atop the 196-foot cliffs on the southwest end of the Attica Peninsula at Cape Sounion. The people look out to sea, then shift their gaze to the ghostly white marble columns of the Temple of Poseidon, a sacred place for the Greeks in 440 B.C., when they began to build this grand homage to the god of the sea. Originally, there were more than 30 columns, and a massive statue of Poseidon presided over the grounds. Today, about half the columns are still standing, but they make no less of an impressive sight from the cliff tops. From the bay below, where yachts frequently anchor, the temple remains a landmark for mariners, bathed in the subtle glow of the setting sun or in the glaring light of day.

Kea isle is blessed with abundant springs and streams, making it one of the most beautiful of the Cyclades. In the time of ancient Greece, it was known as the Water Island and called Ydroussa. Water nymphs were said to live there. In Greek mythology, the story goes that the gods became jealous of Kea’s exquisite beauty and they sent a fierce lion to ravage the island, robbing it of water and driving away the nymphs. Ultimately, Zeus restored the water and Kea once again was beautiful. The nymphs returned. In the 6th century B.C., an unknown stone carver with a sense of humor fashioned a 23-foot-long smiling lion near present-day Kea Town. The Lion of Kea is the most visited destination on the island.