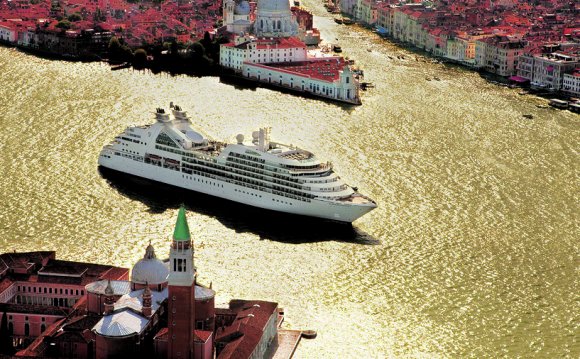 Greece is a fantastic destination for a cruise holiday, with its multitude of different islands, all with their own individual feel and treasures to discover, as well as the historic city of Athens on the mainland. Ruled over by the Egyptians, Greeks, Romans, Venetians, Greece has a rich and fascinating history and more, and a Greece cruise is one of the best ways to savour it.

Modern Greece, generally regarded as the country where Western civilisation originated, has its roots in ancient Greece which is considered the birthplace of Western philosophy, democracy, politics, mathematics, drama and let's not forget the Olympics. Its impressive history and legacy is reflected in the 17 UNESCO World Heritage Sites that can be found in the country.

On your Greek cruise you can also discover Athens the centre of the ancient world. Greece has some of the most stunning archaeological sites in the world and every place has an amazing story to tell about its mythical origins. In particular, the Acropolis, the Parthenon and the site of the original Olympic Games at Olympia are not to be missed on an onshore excursion during your Greece cruise holiday.

Explore traditional Greek culture and history which exists cheek-by-jowl with the vibrant city of contemporary Athens.

Greece is mountainous nation the mainland of which juts out into the sea at its southern tip. The country also has the tenth longest coastline in the world and Greece also consists of a staggering 1, 400 islands, 227 of which are inhabited.

These include Crete, Euboea, Lesbos, Rhodes, Chios in the Aegean Sea, which is traditionally known as 'the Archipelago', situated between Greece and Turkey as well as the Ionian Sea, on the west coast of the country and bordered by southern Italy and Albania. The islands of Corfu, Zante, Kephalonia and Lefkas are located in the Ionian Sea as well.

All these islands are there to be visited by you on one of the many cruises of Greek islands offered by most of the major cruise companies that are available round the year.

The Greek Archipelago, regarded as the crowning jewel of the Mediterranean, with the islands' breathtaking views, their natural beauty, history and civilisation going back four to five thousand years are there for you to explore on a Greek island cruise.

On very popular island that is well-worth visiting is Corfu one of Greece's most elegant island capitals offering breath-taking views from Mount Pantokrantor and child-friendly beaches. Visit Corfu's quaint old town with its massive forts and 16th Century church of Ayios Spyridhon.

While you are on your cruise to the Greek islands, you can also sail to the city of Rhodes, dominated by its amazing medieval castle.

And if you are in the mood for island-hopping around the Greek islands, why not explore the Ionian Islands such as the extraordinarily beautiful Argostoli on your Greek cruise?

Kefalonia, the capital of Argostoli, is home to some of the world's most photographed serene olive groves and beaches and where a warm welcome is guaranteed.

With so many fabulous cruises around the vibrant and intoxicating Greek islands and Athens available holidaymakers are truly spoilt for choice.