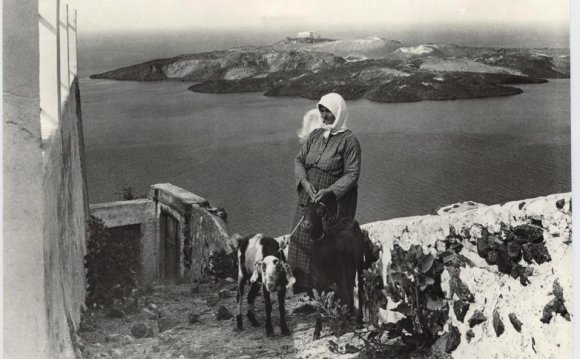 A Lefkas sailing vacation presents the central and southern Ionian Islands, some of the most famous in Greece, such as fabled Ithaca known for its fearless ruler, Odysseus (Ulysses), hero of the Trojan War and Homer’s epic poem the Odyssey. The Echinades Islands are also in this cruising ground. A Lefkas charter is very family friendly, ideal for couples with younger children or for skippers with less experienced crews. The waters are well protected, making flat seas common. During the cruising season from April through November expect northwest winds from 10 to 15 knots, with calms in the morning. Navigation is line-of-sight. The tidal range is just one to two feet and therefore tidal currents are practically nonexistent, except in the sea level Lefkas Canal (no locks), where currents are noticeable. A Lefkas yacht charter is well within the reach of sailors who have basic skills in coastal navigation. Average temperatures during the cruising season range between 76°F and 82°F (24°C to 28°C).

The Ionian Islands are among the most beautiful in Greece, appropriately stunning for the Ionian Sea, which was named after the Greek nymph Io. Hilly and wooded, the seven main islands of the archipelago – Corfu, Paxos, Lefkas, Meganissi, Ithaca, Kefalonia, and Zakynthos (Zante) – feature beautiful beaches, picturesque towns, and lovely secluded coves. The history of the region is reflected in the numerous churches and monasteries, ranging from humble to grand, and in the architecture of the modest whitewashed homes with colorfully painted doors and trim. A Lefkas yacht charter promises some of the best cruising in the Ionian Sea.

The rugged high hills of Cape Doukato front the west shore of Vasiliki Bay (also spelled Vassiliki), a wide and sheltered nook on the southwest coast of Lefkas Island. The summer winds pipe up in the afternoons, providing a very favorable point of sail for all manner of sailing craft. The wind even has a nickname: Eric. So fond are sailors of this wind and the calm waters of the bay that it has become in recent years a top venue for Windsurfers, as evidenced by the action at Club Vassiliki, or Club Vass for short. The village of Vasiliki is small but lively, with intimate tavernas and even a disco. It’s a major yachting destination.

In July and August, Windsurfing events, beauty contests, catamaran competitions, and just plain fun are all part of sailing in Vasiliki Bay.

Situated just off the east coast of Lefkas, Meganisi Island is a sailor’s paradise. Few other islands in the Ionian Sea have a greater concentration of anchorages in scenic coves, mostly on the northern end, where the picturesque villages of Spartakhori, Vathi, and Katomeri are located, with a few shops and intimate tavernas that serve excellent seafood. The ambience is laid-back, far from the touristy hustle found elsewhere in the Greek isles, and the incredibly beautiful surroundings and amazing beaches make it popular for honeymooners. On the southern shore, more a narrow spit than anything, are sea caves, some of them quite large. The Papanikolis Cave is named after the Greek World War II submarine that hid inside it!

The Ionian Islands receive far more rainfall than other parts of Greece in winter and early spring, accounting for the abundance of olive groves, vineyards, and pine forests. The seasonal rains have also led to erosion over the millennia that formed caves within the limestone rocks, and perhaps the grandest of them all is Drogarati, near the port of Sami on Kefalonia Island. This natural wonder of the Ionians is a magnificent cavern 196 feet below ground adorned with colorful stalagmites and stalactites, illuminated in bright orange light for the curious onlooker to observe the otherworldly scene. The main “hall” of the cave is 2, 952 square feet! Called the Sala of Apotheosis, it has perfect acoustics and is a venue for concerts.

The southernmost of the main islands of the Ionian group is Zakynthos, which the Venetians named the Flower of Levant for its spectacular beauty. Pine-forested mountains rise from the sea and white-sand beaches of breathtaking magnificence line much of the shore. At Laganas Beach are resorts, waterfront bars and restaurants, and watersports typical of any busy tourist destination. Summer crowds enjoy the sun along this more than 5-mile stretch of incredible shoreline. The shallow warm water, some of the cleanest in the Ionian Islands, is also home to the ponderous loggerhead turtle, which can grow to three feet across and weigh 250 pounds. In July and August, the female loggerheads come ashore at Laganas to lay their eggs in the soft sand, especially on the eastern end of the beach. Loggerheads can swim underwater faster than 12 knots!